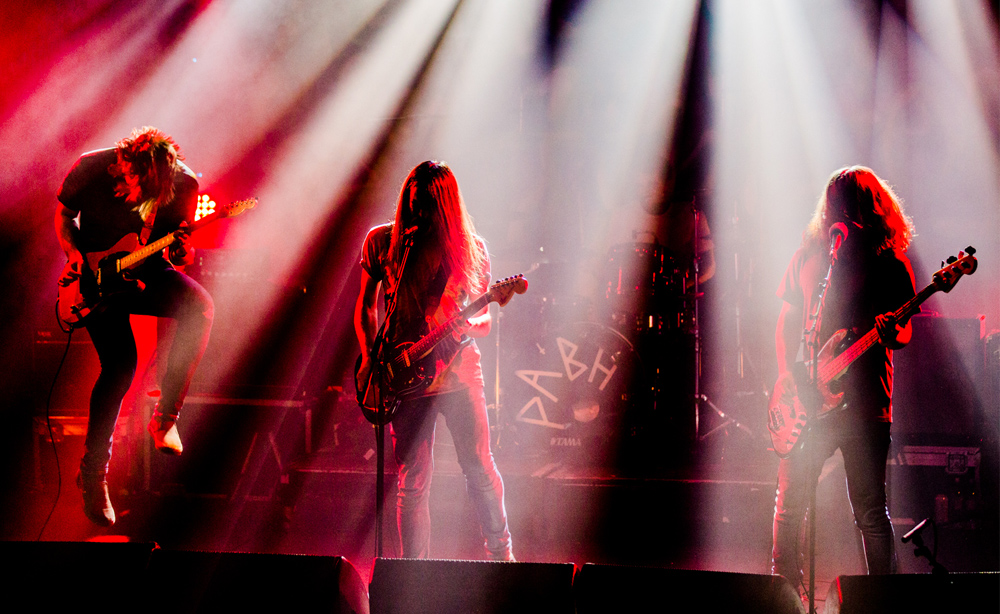 This peculiarly named act probably is probably one of the biggest highlights of the upcoming Devilstone 2019. PULLED APART BY HORSES’ current achievements speak for themselves: albums climbing high up the British Top-40 chart and a personal invitation from MUSE to accompany them on a tour. First and foremost, however – they’re proud to say that they play genuine rock!

On tour with MUSE or in a small venue in their hometown Leeds – doesn’t matter, this bunch will always deliver an intense show without any filters or edits. Many styles of guitar music blend into their sound – from indie to alternative – and it certainly isn’t lacking in volume and rebellion.

Before PULLED APART BY HORSES, all members played in various short-lived companies. Their career under this obscure moniker is still going on after ten years. They’re counting their releases by the ten, they’ve got even more music videos and have visited loads of cities and venues. Their vigorous and mischievous music is never going to slow down.